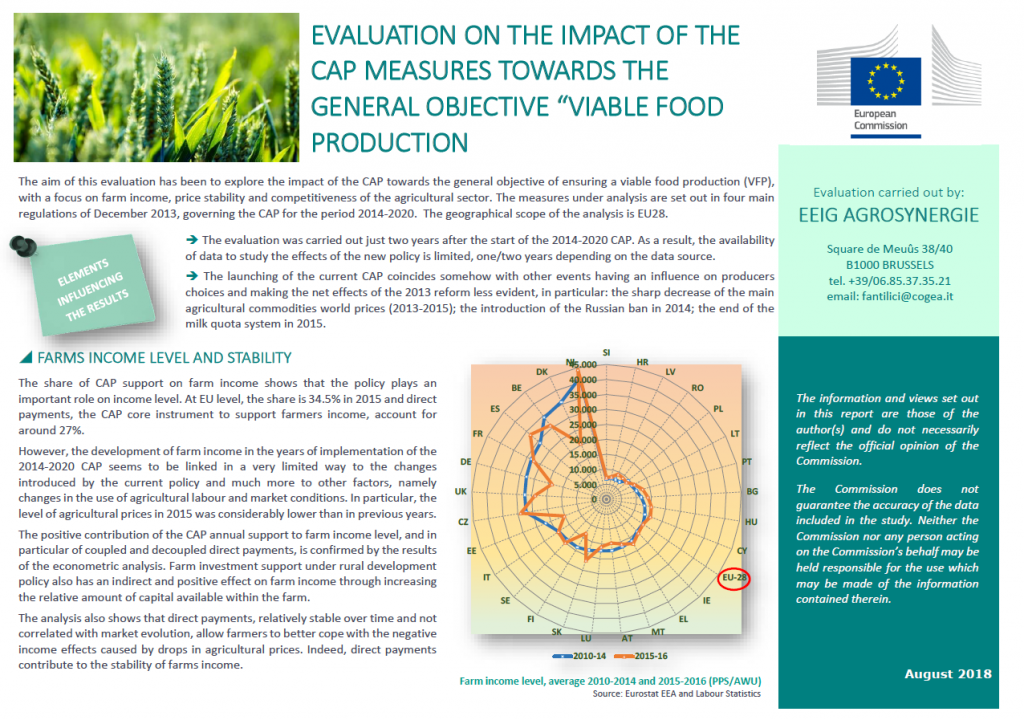 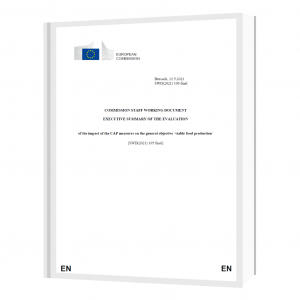 The evaluation gives insight on the CAPs impact on 16 areas namely:

Towards the general objective ‘viable food production’ the evaluation results in a generally positive conclusion of the CAP’s impact but indicates room for improvements. Among others, a more effective coupled support in terms of purpose and competitiveness, better targeting of income support by the Member States and tools for agricultural markets stabilisation. Furthermore, administrative and management efficiency of greening payments and the rules of defining active farmers require enhancements.

Positively assessed was the direct income, as it contributes to the stabilisation of farm income, thereby allowing farmers to better cope with negative effects caused by drops in agricultural prices.

Redistributive payments show favourable income of small farms. Young farmer payments so far played a limited role in the turn-over of farms management, but farms managed by young holders have increased between 2013 and 2015.

The competitive position of the EU farm sector in the internal market has gradually weakened over the long run, showing that EU consumption is increasingly satisfied by imports. In international markets, EU exports increased in value but at a lower rate than the world, trade has increased. The EU exports have a robust orientation towards high value-added products, which increased slightly after the current CAP implementation.

Finally, the evaluation highlighted that the higher complexity of CAP measures and the limited number of beneficiaries of certain members have led to the perception of increased administrative costs.

The recommendations based on the evaluation include among others identifying assignment criteria and instruments to redistribute direct payments more efficiently; identifying procedures to avoid ineffective use of voluntary coupled support; more flexibility in the greening payments according to national needs. Furthermore, the evaluation concludes that coherence of the CAP requires close monitoring, in particular regarding the increased flexibility in the implementation of the future CAP and the Farm to Fork and Biodiversity Strategies’ objectives.