“Agroecology is a paradigm and perception shift”

From 25 to 27 October 2017, Lyon, France, the first Forum of the Agroecology Europe Association, was hosted by ISARA. It has been a time of gathering, sharing and discussing among the actors who animate the agroecology movement to build a common understanding for the future of food and agriculture in Europe and in the world.
Over 310 people from farmers, technicians, researchers, students, political decision-makers, representatives of national and European institutions, non-governmental organizations, social movements and civil society have created a participatory and in-depth discussion of multiple topics and shared their perspectives.
The event was co-organized by Agroecology Europe, ISARA-Lyon, Cultivate!, Friends of the Earth Europe, Oxfam Solidarité, MISEREOR and SEAE. The participants came from 28 countries in Europe and worldwide, including presence from Latin America, North America, Africa, and Asia.

Fostering synergies among science, practitioners and social movements was a central objective, but also major challenge

The European Common Agricultural Policy was challenged by several participants for its lack of explicit support to agroecology and small scale farmers. The question was raised how better connections can be established between farmers, researchers and policy makers in order to elaborate diverse public policies that provide localized solutions and actually respond to farmers’ and other people’s needs.
During 4 plenary sessions and consequent discussion panels on Agroecology and Food Sovereignty, Co-evolution of organic agriculture and agroecology, Development of Agroecological practices, and Making the transition as well as during 19 workshops, participants presented, exchanged and debated numerous technical, social and economic issues related to framing, composing, challenging, and strengthening agroecology, and making the transition:

Participants agreed to continue the conversation on how different actors can collaborate better in amplifying agroecology, how to ensure that the knowledge of those who produce food is valued more in future research, and how work can be carried out in synergy for better agricultural development, food safety, land ownership, education, public health and other related policies in support of agroecology.
The Forum demonstrated once more the importance of ensuring that agroecology, as it is increasingly discussed at academic fora and in political conferences, remains in the hands of people in the territories, who practice agroecology in order to achieve sustainable livelihoods and food sovereignty. As Paulo Petersen from Brazil stated: “Agroecology is a shift of both paradigm and perception”.
During the Forum, the Agroecology Europe association had its General Assembly where a new board with 10 members was elected: https://www.agroecology-europe.org/about/team/ 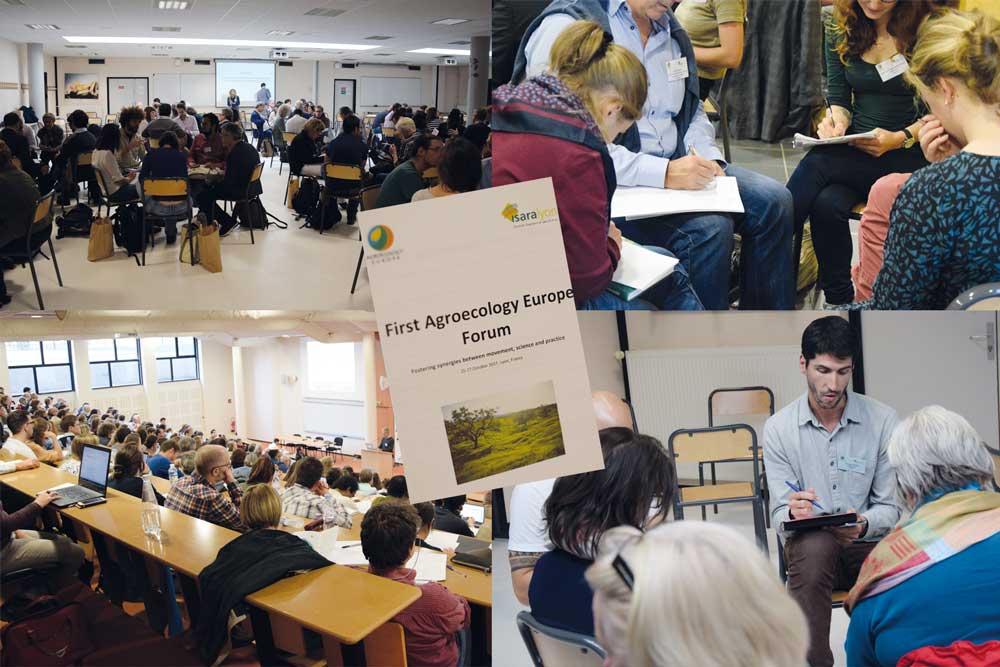