Position paper and recommendations to the European Commission on Eco-schemes

The trilogue negotiations between the Commission, the Council and the Parliament are still underway and the three co-legislators have not yet found a point of convergence on the final adjustments to be made to the common agricultural policy for the period 2023-2027. While an agreement should be reached by the end of June, the Council has shown its desire for a status quo by limiting the constraints on Member States in environmental matters, particularly concerning the implementation of the eco-regimes that will replace the current green payments.

At Agroecology Europe, we support the idea that payment schemes for ecosystem services are a fundamental pillar for a European agricultural policy in favor of the agroecological transition. According to the principle of “public money for public goods”, farmers whose production practices contribute to maintaining and improving soil fertility, conserving and restoring biodiversity, and tackling and adapting to climate change – among other things – would be remunerated for the non-market goods they generate through their agricultural activity.

In this tense political context, and given that the Member States will have to present their National Strategic Plans to the Commission before the end of 2021, we are publishing this position paper on the way in which the eco-schemes should be developed in order to best support producers in this necessary and urgent change of system and practices. In addition to the amount granted to this system and its voluntary or mandatory nature, the question of a coherent policy design and articulation between the measures supported is essential. It allows us to return to the fundamentals of what agroecology is really intended to generate: a profound redesign of our farming and food systems. 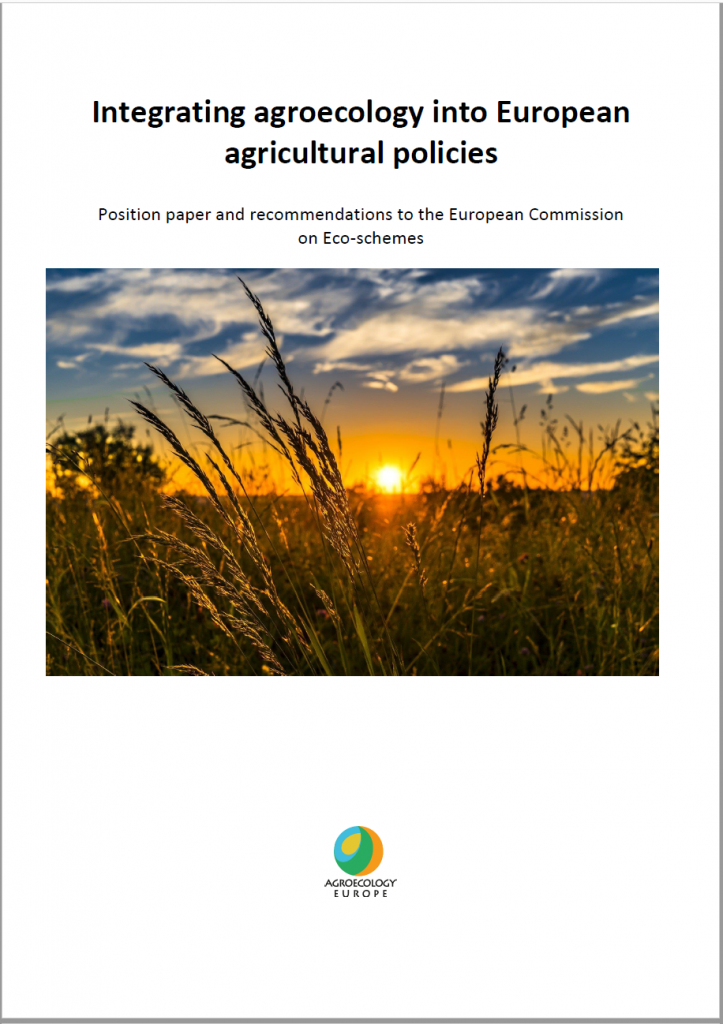