Africans have long been told that our agriculture is backward and should be abandoned for a 21st-century version of the Green Revolution that enabled India to feed itself. Western science and technology, in the form of seeds modified by science and technology, synthetic fertilizers and pesticides, petroleum-fueled machinery and artificial irrigation were key to that miracle, we are informed, and we too need to tread that path. 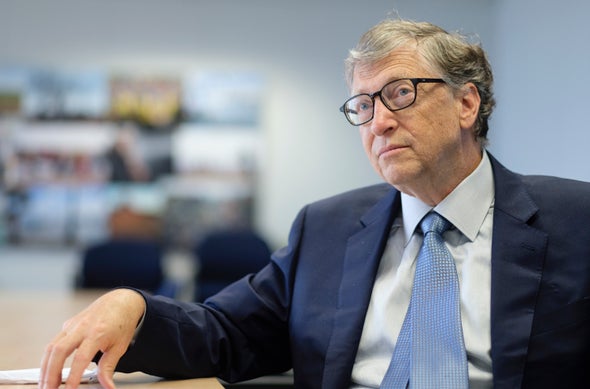 A primary proponent of this view is the Cornell Alliance for Science (CAS), founded in 2014 to “depolarize the charged debate” around genetically modified (GM) seeds. With $22 million in funding thus far from the Bill and Melinda Gates Foundation, the CAS in fact consistently defends GM seeds, arguing that they are healthy, productive and environmentally friendly, while attacking agroecology as economically and socially regressive.

In contrast,the Alliance for Food Sovereignty in Africa (AFSA), which represents more than 200 million farmers, fishers, pastoralists, indigenous peoples, women, consumers and others across all but five African countries, holds that agroecology is what our continent needs. Small-scale, ecofriendly cultivation methods using indigenous knowledge and inputs and cutting-edge science increase the variety, nutritive value and quantity of foods produced on farms while stabilizing rural economies, promoting gender equity and protecting biodiversity.

This mission has put our alliance, the largest social movement in Africa, at odds with the CAS and by extension the Gates Foundation. And they are winning. On June 17, 2021, GRAIN, a small nonprofit organization based in Barcelona, Spain, tracking the foundation’s grant from 2003 to 2020, reported that, the foundation has granted 6 billion USD, 5 billion of which was supposed to serve Africa.  More worrisome, the CAS, which characterizes AFSA’s interpretation of agroecology as “restrictive” and worse, has succeeded in undermining support for the paradigm among Africa’s scientists and political leaders. Those of us at AFSA, in contrast, see our version of agroecology as liberating—based on farmers’ rights to choose seeds and methods of cultivation, and free of corporate interference and control.

Through its Global Leadership Fellows Program, the CAS has trained 112 fellows to date, nearly two thirds recruited from Africa and many of them from countries where the biotech industry has been seeking regulatory approvals for GMOs: Nigeria, Uganda, Kenya and Ghana. In these critical battleground countries, CAS graduates work in media and government to argue that African governments should institute investment-friendly policies to help import the technologies that will rescue the continent’s farmers from their anachronistic traditions.

Hunger in Africa derives from a single factor, CAS fellows argue: crop yields are relatively low. The reason is, first, that seeds bred and shared by farmers are unproductive, in their opinion; these should be replaced by GMOs. Second, African farmers do not use enough agrochemicals, a deficit that also needs remedy. And third, African farmers cultivate a multitude of crops to feed their families; if instead they focus on growing commodity crops for pan-African and global markets, they will get far better yields while addressing their nutrition and health concerns.

Fortified by linkages with another organization funded by the Gates Foundation, the Open Forum on Agriculture Biotechnology (OFAB), CAS fellows end up narrowing the democratic space for discussion of food systems in African countries. Opposing points of view are irrational, unscientific and harmful, they often insist. OFAB is an offshoot of the African Agricultural Technology Foundation, which was born in 2001 out of negotiations to promote GM seeds in Africa between the Rockefeller Foundation and corporations including Monsanto, Dupont, Pioneer and Syngenta. To our minds, these and other connections suggest that the Gates Foundation’s resources help further the interests of multinational corporations interested in opening our markets for agrochemicals, synthetic fertilizers and genetically engineered seeds more than they assist farmers.

In Uganda, for example, the CAS has recruited journalists and key government individuals working on agriculture, science and technology to the cause of promoting GM seeds. Fellows write disparaging articles on agroecology, describing it as a “dead end,” and promote biotechnology-based solutions in its stead. In Nigeria, Alliance fellows work closely with OFAB’s Nigeria Chapter, the National Biotechnology Development Agency, the Nigerian Institute of Public Relations and the Nigerian Institute of Management to advocate for biotechnology, often characterizing it as the only scientific option.

The truth is, India’s Green Revolution never was the runaway success it was advertised to be, as ongoing protests by the country’s farmers underscore. And in Africa as well, the promises of prosperity through resource-intensive, commercialized agriculture have failed to materialize, according to data on the Alliance for the Green Revolution in Africa (AGRA) compiled by the Tufts Global Development and Environment Institute. AGRA was launched in 2006 by the Rockefeller Foundation and the Gates Foundation with the stated objective of increasing investment in Africa to reduce poverty and hunger. An analysis of the AGRA data by African and German civil society groups noted that, after 14 years of existence and over a billion dollars of investment, there is no evidence of an increase in income of small-scale producers and no significant enhancement of productivity in the countries that AGRA serves. Instead, the number of undernourished people increased by 31 percent, adverse environmental impacts appear to be considerable and crop diversity has declined.

These civil society groups called on donor and African governments to instead shift their support to programs that help small-scale food producers develop climate-resilient and ecologically sustainable farming practices. Similarly, a September 2020 report by the U.N. Food and Agriculture Organization recommends “promoting local food productions and short supply chains and a greater degree of self-sufficiency” in order to make food systems more resilient during the COVID-19 pandemic.

We welcome investment in agriculture on our continent, but we seek it in a form that is democratic and responsive to the people at the heart of agriculture, not as a top-down force that ends up concentrating power and profit into the hands of a small number of multinational companies. While describing how GM seeds and other technology would solve hunger in African countries, Bill Gates claimed that “it’s a sovereign decision. No one makes that for them.” But the massive resources of the Gates Foundation, which he co-chairs, have had an outsized influence on African scientists and policymakers, with the result that food systems on our continent are becoming ever more market-oriented and corporate-controlled.

This transformation has immense adverse implications for the nutrition, health, environment, culture and right to food of Africans. We ask that Gates let the continent’s food producers and consumers chart our own paths toward sustainable and healthy farming practices and diets.